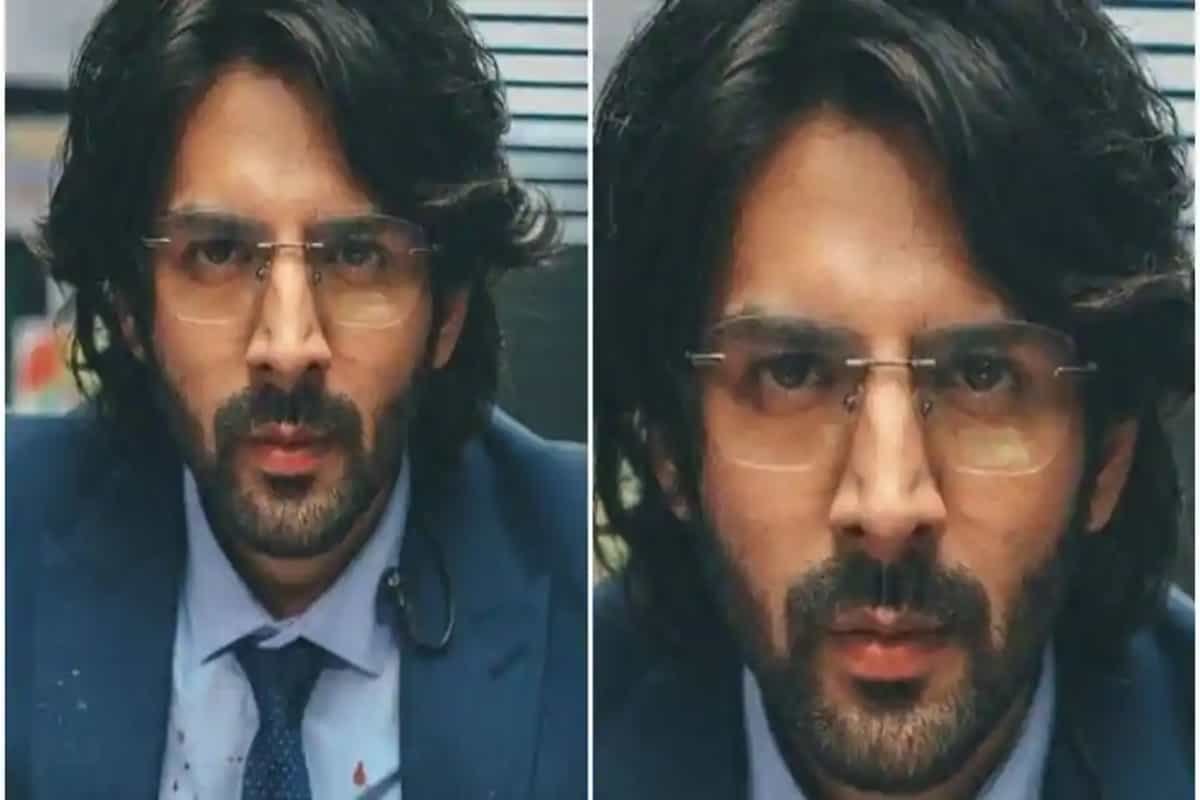 Actor Kartik Aaryan on Monday shared the first look of his character in Neerja director Ram Madhvani’s new film, Dhamaka. The actor plays a journalist in the film.

Sharing the picture, Kartik wrote: “Miliye #ArjunPathak se #Dhamaka.” The picture showed Kartik in a spectacled avatar – he is sporting a western former suit but his blue shirt had blood stains on it. He has a bearded look, with a thick stubble and moustache. His hair too is long, quite unlike his looks in any of his previous films.

Dhamaka will tell the story of the inner workings of a TV channel, particularly during a coverage of a live event. On his birthday in November this year, Kartik had made the announcement about the film and shared a poster too. It showed a side profile of him in a similar profile, looking at a burning bridge at the far end of the poster.

Talking about the role, a journalist who covers the live broadcast of a terror attack in Mumbai, Kartik had said, “This for me is a miracle script and had me on the edge of my seat all through the narration. I knew this is the script that would give me the opportunity to explore a different side of me as an actor. I can’t wait to transport myself to Ram sir’s world and see his vision translate on the big screen. This is also the first time I am collaborating with Ronnie and RSVP, and I am looking forward to this journey.”

Kartik was last seen in Imtiaz Ali’s Love Aaj Kal, a sequel of the 2009 film of the same name. The film turned out to be dud at the box office and halted his golden run since Sonu Ki Titu Ki Sweetie.