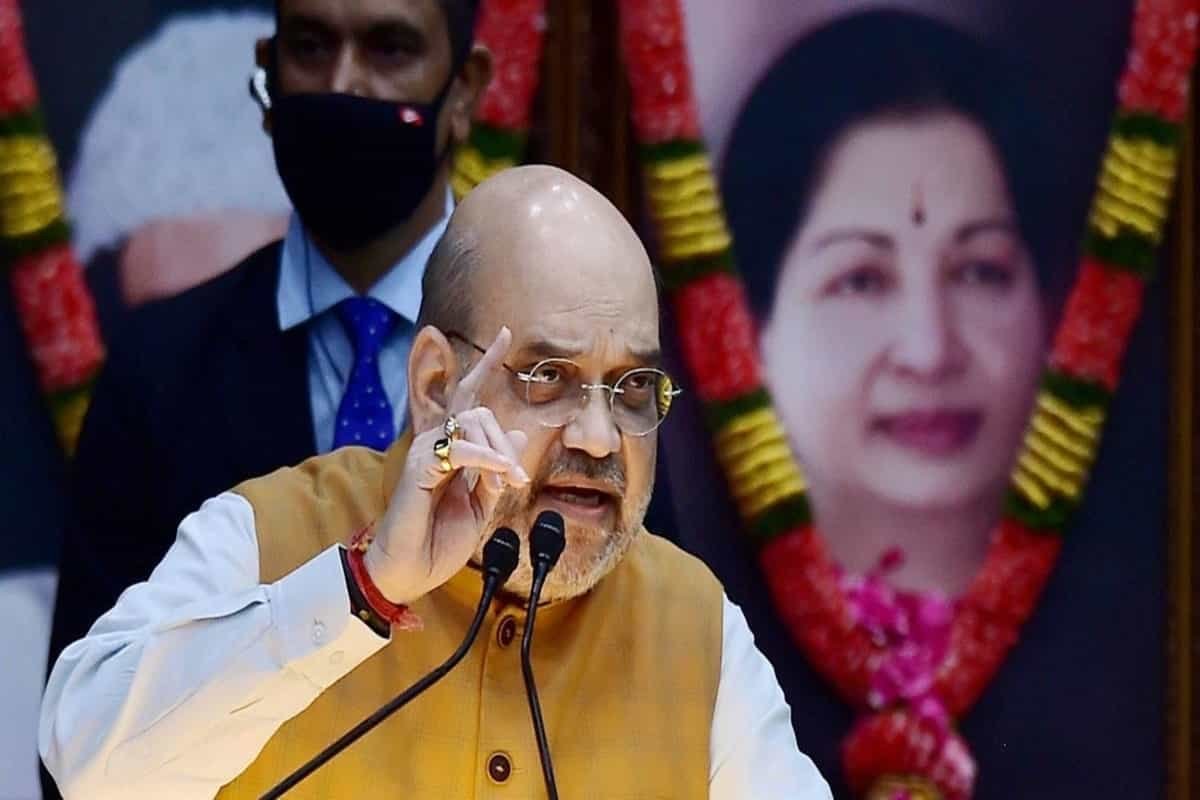 Union Home Minister and senior BJP leader Amit Shah on Saturday laid foundation stone for projects worth Rs 67,378 crore on the first day of his two-day visit to Chennai, with the venue of his key official event also witnessing the first official announcement that the AIADMK-BJP alliance is set to continue for the upcoming Tamil Nadu Assembly polls. The visit comes days after signs of fissures in the alliance over the BJP’s Vel Yatra.

Shah praised the AIADMK government for the “best performance” in fighting Covid across the country and accused the opposition DMK of dynasty politics and corruption.

Shah sprang a surprise here when he got out of his vehicle and briefly walked on the busy GST Road outside the Chennai airport to greet party functionaries, minutes after he landed here around 2 pm. He received a rousing welcome from BJP and AIADMK cadres outside the airport, with Chief Minister Edappadi K Palaniswami and Deputy CM O Panneerselvam among those who welcomed the minister on the tarmac along with BJP leaders. BJP national general secretary C T Ravi and state president L Murugan accompanied Shah on the way to the hotel.

Late on Saturday, Shah was scheduled to meet senior BJP functionaries at the hotel where he is staying. Palaniswami and Panneerselvam also met Shah at the hotel on Saturday night. Shah’s reported meetings with actor Rajinikanth and late DMK supremo M Karunanidhi’s elder son M K Alagiri were not confirmed until Saturday evening.

In the evening, Shah reached Kalaivanar Arangam to inaugurate a slew of government projects, including Phase II of Chennai Metro Rail project and Chennai’s fifth reservoir, worth Rs 380 crore, at Thervoy Kandigai. He laid foundation stones for several projects, including the elevated highway project in Coimbatore, water irrigation project for about 4,000 acres of land in Thanjavur, Chennai Trade Centre expansion, and three Indian Oil Corporation projects.

At the event, Deputy CM O Panneerselvam told the audience that the alliance with BJP will continue in the Assembly polls. CM Palaniswami asserted the alliance will win more seats in the 2021 polls.

Shah praised the AIADMK government for their performance in tackling the pandemic and said the recovery rate of Tamil Nadu was better than other states.

Listing out Central projects and schemes that benefited the state, Shah said the NDA government is committed to extend maximum support for the Tamil Nadu government. Shah targeted the DMK, and challenged those who were in power during the UPA tenure to list out steps taken for Tamil Nadu. Taking a dig at both Congress and DMK, Shah asked what moral right the two parties had to talk about corruption after committing “scams such as 2G” when they were in power.