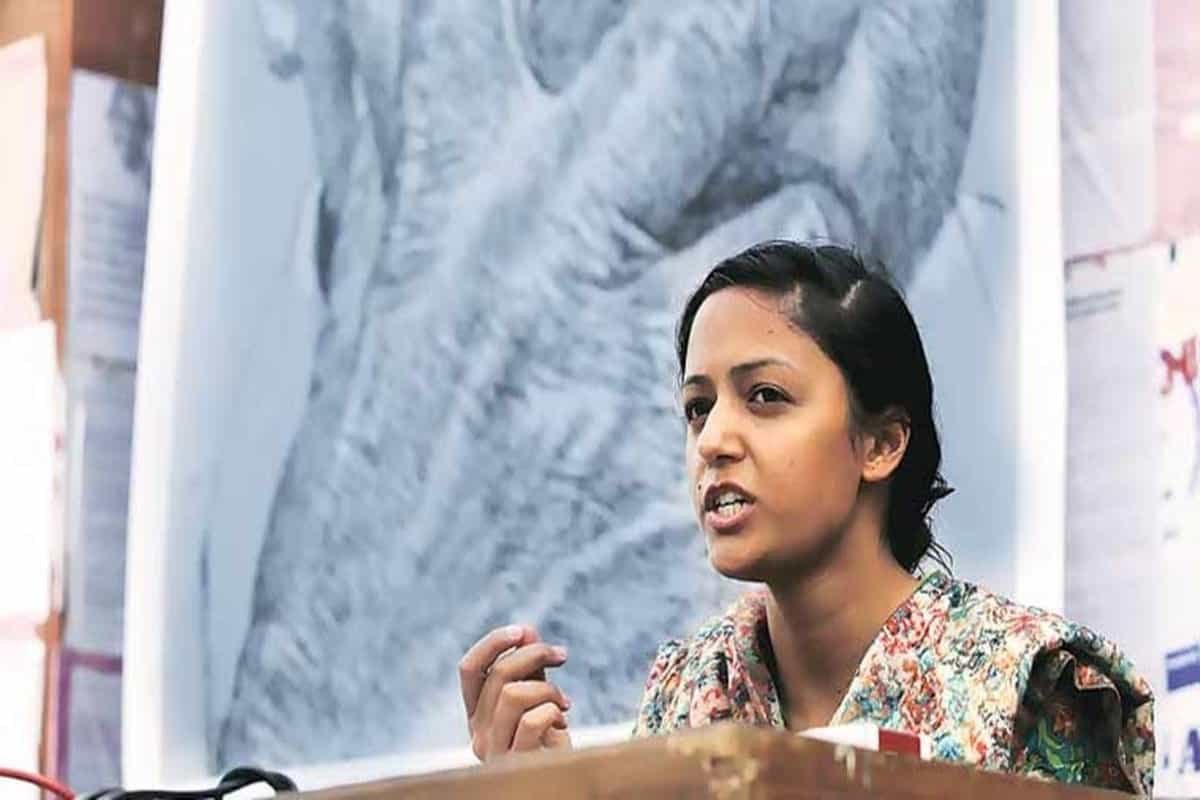 Abdul Rashid Shora, who was restrained in October by a munsiff court in Srinagar from entering his house following a domestic violence complaint by his family members, on Monday wrote to J&K DGP Dilbag Singh alleging that his daughter Shehla Rashid, a student activist, took Rs 3 crore from a Kashmir businessman.

He alleged that the money was given by businessman Zahoor Ahmad Shah Watali for joining the Jammu and Kashmir People’s Movement, a party originally launched by Shah Faesal, an IAS officer whose resignation is pending with the government.

Watali and former MLA Engineer Rashid were arrested by the National Investigation Agency in a terror funding case in 2017 and mid-2019, respectively.

When contacted, Shehla told The Indian Express, “We filed an FIR and went to court and filed a case of domestic violence. He is trying to derail the judicial process, he is barred from entering our house. He is the one who claims to have met Zahoor Watali, not me. If he has been in those meetings, he should respond. We have been estranged for the longest time, so we have nothing to do with that. If he had done dealings on my behalf, then he should be explaining this. If he thinks I am involved in anti-national activities, why has he waited this long to make a complaint. Now that he is barred from entering home, he is making these things up.”

1) Many of you must have come across a video of my biological father making wild allegations against me and my mum & sis. To keep it short and straight, he’s a wife-beater and an abusive, depraved man. We finally decided to act against him, and this stunt is a reaction to that. pic.twitter.com/SuIn450mo2

Shah Faesal did not respond to a request for comments on the allegations made by Shohra.

In his letter to Director General of Police Dilbag Singh on Monday, Shohra complained he faced a threat to his life from Shehla, his eldest daughter Asma Rashid, wife Zubaida Shohra and her security guard Sakib Ahmed, and sought personal security and police intervention to gain access to his house.

He also sought an enquiry into their bank accounts, e-mail accounts, acquisition of property by them in Delhi and “mysterious financial dealings with Feroz Peerzada, Zahoor Watali and Engineer Rashid’’. J&K DGP Dilbag Singh did not respond to a question on the status of Shohra’s complaint.

Shohra said that Zahoor Watali had called him to his Sanant Nagar residence in June 2017, two months before the NIA arrested the latter. Engineer Rasheed was also present there, he alleged. They told him about their plan to launch JKPM and sought his help in getting Shehla Rashid, who was then in her last semester of PhD in Sociology, to join them in their plan, he wrote.

Shah Faesal, a former politician and bureaucrat, was in the US at that time.

“For this, they offered me Rs 3 crore for Shehla to join these notorious people,” Shohra said in his letter to the DGP.

He claimed that despite his resistance, his wife and elder daughter supported Shehla and became party to the deal along with Sakib Ahmad.